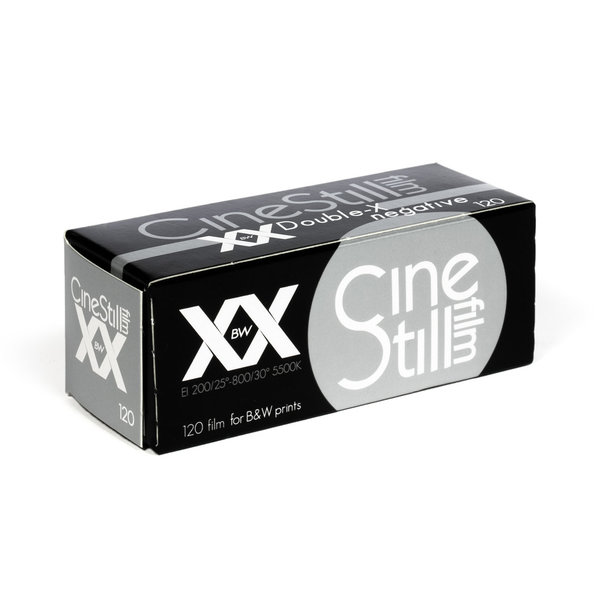 CineStill BwXX 120 is a classic panchromatic black and white negative film for both outdoor and indoor/studio use. Akin to the legendary Kodak Plus-X & Tri-X emulsions, it is an excellent choice for all those looking for a classic film stock with top-level performance and versatility in a variety of conditions.

It has a variable base sensitivity of 250 under daylight (5500K) and 200 under tungsten (3200K) lighting conditions, and can be rated up to ISO 1600 with the appropriate processing compensation. Ideal for low light situations, this film delivers rich blacks and and wide range of tonal steps, while also providing very high sharpness, crisp micro-contrast, and a fine grain structure. This film stock is left relatively unchanged since its release in 1959 for still and motion picture use.

It is thanks to all the dedicated film shooters out there that we were able to bring such an exciting new film stock to the market. For all the silver halides enthusiasts out there, we hope you'll enjoy shooting this film as much as we do!